The terms ‘Cryptocurrencies’, ‘Blockchain’, and ‘FinTech’ have all been gaining popularity in the public sphere. Intended as an alternative to a traditional cash-based society, these concepts offer a new perspective on how we exchange currency and information in a 21st century world. For us in Canada, the Bank of Canada is at the forefront of all financial underpinnings that effect us day-to-day. They understand Canadians are very much interested in these new technologies, and have set their sights on providing education on the topic.

In addition to regulating Canada’s monetary policies, the Bank of Canada also promotes the use of a safe and sound financial system within Canada. With the advent of non-governmentally regulated cryptocurrencies, e.g. Bitcoin, the Bank of Canada felt that it was necessary for Canadians to learn about the new technology from a trusted source.

The Bank of Canada marketing team identified the target audience to be the general public at large, from young children to seasoned financial analysts. As a result, we were asked to mold the scripts into short, digestible informational pieces. As cryptocurrencies can be quite technical, we were asked to only focus on the essential pillars of the technology. The Bank of Canada was also restricted from showing any support for the cryptocurrencies and thus the tone was decided to be more educational in nature.

We decided to go with a digital look, feel and language. We worked with Duncan Elms, a leading 3D illustrator and animator who has worked on larger scaled projects such as Star Wars and The Cosmos, to come up with the visual look for the videos. Using 3D space to move from one idea to the next really helped to ground the technology in a virtual world. This was instrumental in helping bridge the gap of understanding between all ages. A complete digital sound was completed by Sebastian Oliwa to fully convince the digital immersion.

Upon completion of the videos, the interactive touch UX was built following the same visual principles formulated with the help of Duncan Elms. 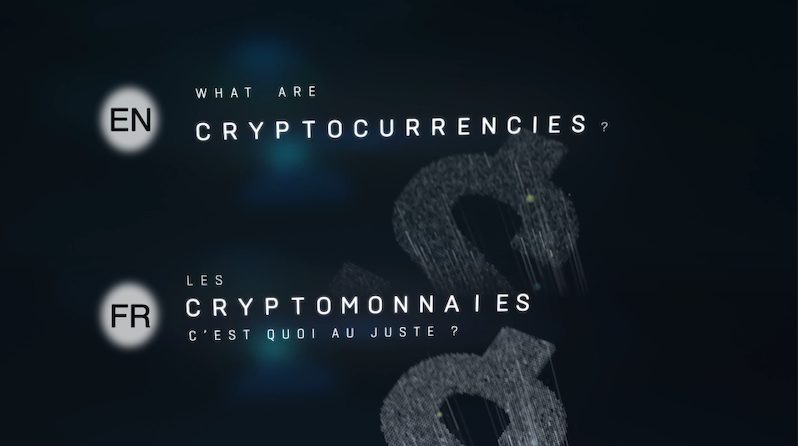 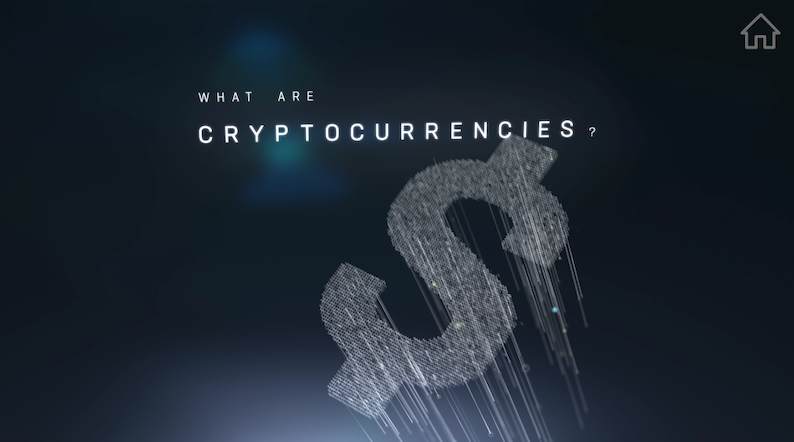 The videos clearly outlined, in broad strokes, everything someone needs to know about cryptocurrencies while still maintaining the Bank of Canada’s neutral stance on the matter. The videos live on in travelling exhibitions, such as Decoding E-Money, at the Bank of Canada Museum and as well as online.