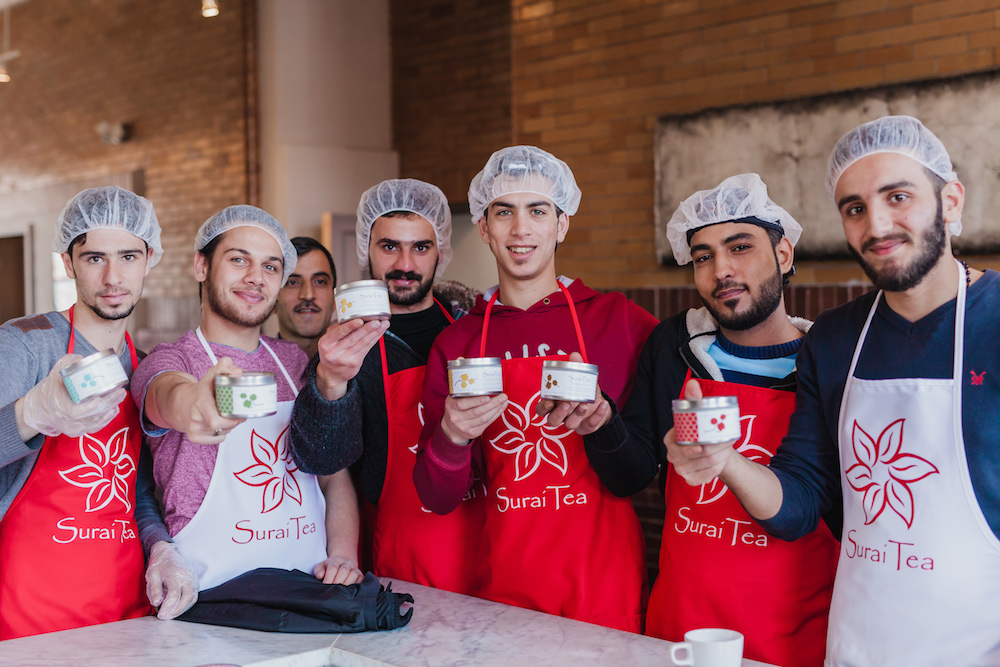 SuraiTea using “business as a force for good”

In November 2015, Canadians learned the government would be resettling 25,000 Syrian refugees to Canada in a span of months. It seemed like a daunting task, impossible to some, but thousands of Canadians poured their hearts into accomplishing this goal by February 2016. It was during the resettlement efforts that SuraiTea founder Kevin Smiley’s business focus turned to this crisis. He wondered, “What is the problem and how can I make things better?”, a mindset that comes from his engineering background. In fact, many Canadians wondered the same thing. We saw a large population in dire need, with little hope and victims of their circumstances. We watched as the media reported on their dangerous treks, by land and water, to countries where safety and refuge were possible yet not guaranteed. But when faced between a future filled with violence and political instability, and a possible future of peace, security and a better life in general, what choice did they really have?

Many of us recognized the Syrian refugees’ need for help and partnered with organizations to help however we could. Whether it was donating clothes or time, fundraising to cover sponsorship costs, transporting donated goods, we did what we could. It was difficult to watch this large scale conflict and do nothing. If you or your family immigrated to Canada then you likely understand how hard it is to start over with little to nothing. We felt a moral responsibility to help, and to do nothing would be akin to denying our own experiences and values. As the daughter of Vietnamese immigrants, I did not experience the hardship my parents went through when they fled the Vietnam war but I understood and witnessed the struggles they went through after landing in Canada. With no money, little education and little English, it was a long struggle. My parents were fortunate to have help from family who had already immigrated to Canada. And I was lucky to have been born IN Canada a few years after they immigrated. It was a long and difficult road but they fought hard, and made it in on their own terms. It is this understanding that leads me to believe that the Syrian refugees are fighters too (and this is not exclusive to Syrian refugees – anyone will fight for what they want when they want it bad enough). They will fight to make a good life for themselves in Canada but they cannot do it alone. They need our help and we can help.

Compared to millions around the world, we’re relatively wealthy and extremely fortunate to live in a safe, secure country. Most of us are educated, employed, blessed with food, a roof over our heads, clothing, resources for health and social services. We have friends and family who we love and can count on. I am eternally grateful for all these things and include these in my gratitude prayer each night. We have so much and to pay it forward in any amount would translate to a large impact on those who have little. Multiply one person’s contribution by thousands or millions, and you have a social shift towards positive change.

When the dollar isn’t king.

Enter SuraiTea – the response to our common question, “how can I make things better?” Combining supply and demand (Syrian refugee job seekers and organic tea), SuraiTea was created to be part of the solution. It’s where business meets philanthropy. Where success is not just measured by profit but equally by the company’s social and environmental impacts. Profit is not the ultimate goal. Positive change in the community and environment is. Welcome to B Corps where the B stands for benefit.

SuraiTea is part of a growing movement of Certified B Corps that are using “business as a force for good.” If you’re new to B Corps like I was then here’s a quick run down. To simplify it, it’s the the business equivalent of a LEED or Fair Trade certification. Other Certified B Corps which you may have heard of include Hootsuite, Patagonia, Seventh Generation and Etsy.

I had met with Kevin to get the back story on SuraiTea and his long term vision for the company. Although the rest of the Cloud in the Sky team had worked with Kevin to produce SuraiTea’s video, photos and other marketing activities, I didn’t actually meet him until the launch party weeks later. With the busy-ness of the event, our chat was brief so we reconnected at Oh So Good.

If I ever had doubts about whether a business could truly exist to benefit community stakeholders, beyond shareholder profits in order to further social and environmental progress, it was then that my doubts subsided. As I learned more about B Corps and SuraiTea’s place in this movement, I became confident and inspired knowing there were others looking at business from a holistic viewpoint. Because really, how else can you live a full and meaningful life?

In March, the first production run of tea took place in The Urban Element’s space. Through World Skills, twenty Syrian refugees were hired for the run. With the help of an Arabic translator, the refugees were welcomed to their first job in Canada and guided through the process of packaging 1000 tins of organic jasmine tea. As noon approached, the group shared its first work lunch together. Local restaurant co-owner, Mengistab Tsegaye, was on site observing the activities and noticed Alaa, one of the Syrians, preparing lunch. After learning that Alaa was a cook in Syria, Tsegaye hired him to work at his restaurant. What a blessing – one I’m sure Alaa was thankful for.

To date, SuraiTea has paid $3500 in wages to 20 refugees during their first days of work and it has reached one fifth of its sales goal which will enable it to donate $5000 to the Ottawa Salvation Army. Such community donations are part of the company’s business model. SuraiTea was built to help both the global and local communities. With each donation cycle, a different non-profit organization will be selected; one whose goals are aligned with SuraiTea’s objectives and values. Social impact – check.

In addition, SuraiTea’s products are all organic which means they’re grown using earth-friendly agricultural practices and are free from genetic modifications and chemicals such as pesticides, artificial ingredients and preservatives. Environmental impact – check.

Looking at the big picture, SuraiTea is transforming the way we view our role and impact in the world. It is giving us a way to directly help refugees through the consumer purchase of teas. The more tea that’s sold, the more jobs are created and the greater the impact that we, as a collective of individuals, have in helping people who need us. Not just financially but by helping to integrate them into society in a meaningful way, with purpose and social support. As SuraiTea expands down the road, it plans to dedicate each line of tea to helping different groups of people. This includes a refugee group from each of the six continents and Canada’s First Nations people.

How can you help?
Easy. Buy tea and join SuraiTea in its mission to improve our society and environment. Enjoy one of their jasmine teas. They’re light, refreshing and taste great hot or cold. If you’re up for something new, turn one of their jasmine teas into a fun summer cocktail. Recipes for a Raspberry Mojito with JasMint and other fun twists can be found here. The cocktails include the addition of vodka, rum or gin along with fresh garnishes such as mint and sweet berries.

What are you passionate about? What things would you like to change? Tell us in the comments below. 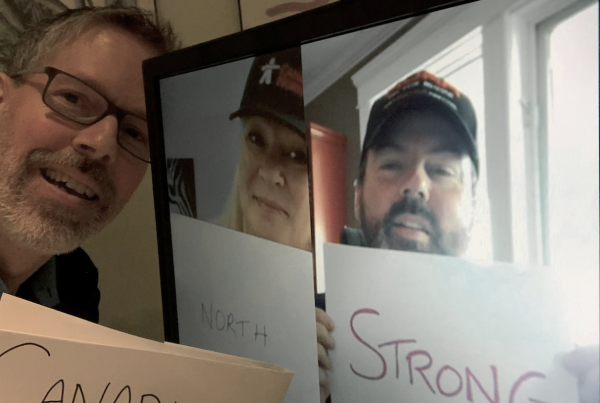